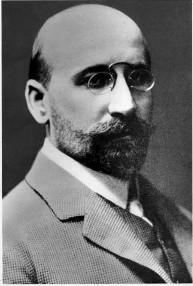 Hans Reissner had a distinguished career as professor of aeronautical engineering (as the field would now be called). Early on, he held the mechanics chair at the Rheinisch - Westfälische Technische Hochschule Aachen.

"Major theoretical research was conducted in the field of flight stability and aircraft manoeuvrability. In 1909 Reissner built a monoplane that could glide more than 100m . Another development of his was the famous 'Reissner Ente' (duck) with a canard configuration. It took off in 1912. All of Reissner's aircraft were made of metal. Although Reissner left Aachen in 1913, he can be regarded as the founder of the Aerodynamisches Institut in Aachen whose history dates back to 1912."

Hans' son Eric Reissner wrote a biography of his father (PDF), describing his professional life but also some personal details. Eric Reissner also had a distinguished career as a professor in the areas of applied mathematics and mechanical engineering, with particular focus on the theory of elasticity of thin shells.

The professional papers of both Hans and Eric Reissner are in the Mandeville Special Collections Library of UCSD.

At Brown University in 1942, Hans taught a summer course on the Theory of Propellers (PDF), which is included here as an example of his didactic writing. 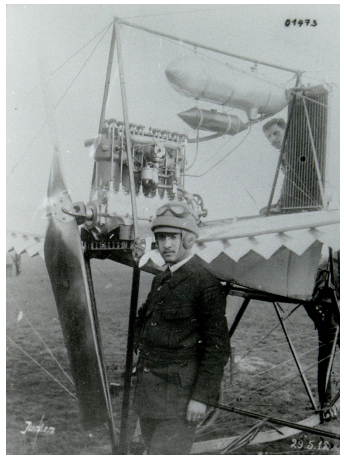 I have a book about an old historic airstrip (airport) which doesn't exist any more. It was called Johannisthal, close to Berlin. Your grandfather was mentioned there, even with a photo.  He was the owner of a "Schuppen" ( a hangar...) number 7. They wrote: He built a biplane at the university of Aachen 1909. He was able to do short flights with it in april 1909. After that, he built a "Wellblechente". [Corrugated sheet duck, referring to the serrated wing profile. -ed] The wings were produced by Prof. Junkers. The airplane was flown by Robert Gsell, a pilot from Switzerland. This airplane left Johannistal airport 1912. In 1913 there was boom in airplane production. A lot of companies began. That's why the ministry of defense of germany published a statement that the army will be pretty much the only organisation in the future which will buy airplanes. The army wanted to deal only with big, powerful companies. That's why a lot of small companies closed, even if they had done a lot for the development of flying in the past. Within a few months, until spring 1913, more than 7 small companies closed. "Prof. Dr. Reißner, Konstrukteur" is here also mentioned. It is interesting to see that his principle is still very modern and in use (see DELTA DART, Cozy Mark 4 or other designs by Rutan, the engineer who built this space airplane which was in the media few days ago....)