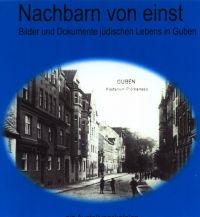 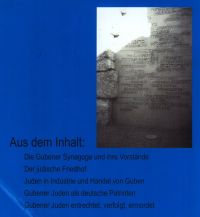 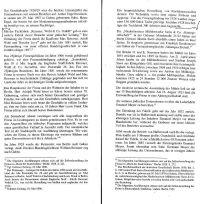 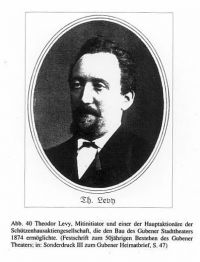 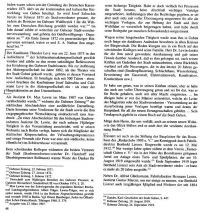 Click on a "thumbnail" image for detailed view of the German text!

Also from Dorette Schaefer: Translation of excerpts from

The textile factory "Reissner, Wohl & Co. GmbH" was another factory managed by Jews (*79). The establishment of the firm by merchants Max Reissner, Adolph Wohl and Theodor Levy (*80) goes back to the year 1881. The change from an open trade company to an incorporated firm (GmbH) took place in 1897 (*81).

The 25th anniversary in 1906 was appropriately celebrated, according to a press release:

"Saturday, the 19th of this month, the English textile factory Reissner, Wohl & Co, Alte Poststraße 28, will celebrate its 25th anniversary. The Company, well known in our town, was established by Messrs. Adolph Wohl and Max Reissner as a small size factory in 1881, and has grown to its impressive current size during the course of these past years.

"The firm's headquarters and the owners' residences are in Berlin. Although in the best of health, Mr. Adolph Wohl, soon celebrating his 70th birthday, has retired from business. Mr. Max Reissner still runs all aspects of the business with Mr. Louis Frank at his side for the past ten years. Everywhere, the firm enjoys a reputation of excellence.

"Saturday night, employees will gather in the Lindengarten for an anniversary party. They have arranged for a nice, festive program to guarantee a pleasant evening. The City Band is responsible for the musical part. On behalf of its anniversary, we wish the firm continued success as well as continued good relations with its staff." (*82)

In 1924, headquarters were moved from Berlin to Guben. Also William Reissner, then director of the firm and council of the Court of Commerce, moved to Guben*. The factory had a dye-house, a shredding and recycled wool house, and 150 weaving machines that manufactured woolen textiles for the clothing industry. Approximately 330,000 pieces of textile were manufactured from the founding of the company until 1928, when there were 300 employees and workers.

*79 The following texts composed by the firm are excerpts from the book "Buch der Stadt Guben", Berlin, 1928, p. 241.
*80 Gubener Zeitung (newspaper), May 22, 1906.
*81 The 1896 population index of Guben shows Alte Poststraße 28 as the site of the factory and names Max Reissner in Berlin, Adolph Wohl in Charlottenburg and Louis Frank in Berlin as managing directors. At that time the factory's name was "Englische Stoff-Fabrik Reissner, Wohl & Co.", which means the textiles were manufactured the English way.
*82 Gubener Zeitung (newspaper), May 18, 1906.
* Correction, William Reissner moved to Guben in 1912.

June 22, 1873, Merchant Theodor Levy was elected to the board of directors of the Schützenhausaktien-gesellschaft (Rifle Club Shareholding Firm), and he was one of the first supporters for construction of Guben's City Theatre. He held this position until the shareholder firm ceased to exist in 1882, when the theatre was bought by the city of Guben. Theodor Levy had bought shares worth 500 Taler and thus was one of the company's main shareholders, considering that merchants Josef Saloschin and Calmann Levy had participated with the same amount.

Caption 40 - Theodor Levy, one of the main shareholders of the Schützenhausaktiengesellschaft, which in 1874 enabled construction of the Guben City Theater, of which he was a co-founder. (Official text for the 50-year anniversary of the theater in special edition III, Gubener Heimatbrief, p. 47)

Note concerning the founders of the factory
According to Christine Bjarnson's family group record 122 and Claude Reissner's Generations Spiral, Theodor Levy was the son of Marcus Mordechai Levy and Florentine Reisner. He married his cousin Friederike Reissner, daughter of Mann Marcus Reissner and Marianne Borchardt. Friederike's younger brother was Max Reissner who was married to Dorothea (Dorette) Rosenberg. As to Adolph Wohl, contrary to the note "no relation" in Generation Spirals, there was a relationship. He was brother-in-law to Max Reissner, their wives Emma and Dorothea Rosenberg were sisters. Due to an inheritance by their uncle William Rosenberg in London, their husbands were able to purchase the then small factory, as told by Hildegard Erika Reissner in her notes "Memories of My Youth". And Louis Frank was a brother of Max Reissner's first wife Amalie Frank, who died shortly after giving birth to Eugen Reissner.